It’s long been acknowledged that we in the US lean a bit too heavily on our urgent care centers and emergency departments for healthcare. This is more than hypothesis—a 2017 study found that 48% of hospital-associated care is delivered in the ED! According to one commercial insurer, two-thirds of these visits are avoidable or not medically necessary, resulting in annual excess expenses of $4.4 billion to $32 billion per year. High facility, imaging, laboratory, and pathology fees ensure that the cost of the ED dwarfs that of a physician’s office.

The reasons for ED overuse are myriad. For starters, being a savvy consumer of healthcare is hard. When unsure about the seriousness of a case, and absent expert guidance, it’s natural to elect rapid, intensive care in an ED. Better safe than sorry, especially when Dr. Google tells you there’s a possibility that you’re dying in response to just about any symptom query. Beyond security, EDs are the common choice after-hours and when other providers are inaccessible—these scenarios accounted for nearly one-fifth of US adult ED visits in 2014. Unfortunately, the ED is not only more expensive, but also often unnecessary, outside of the medical home, associated with risks of nosocomial infections, and often congested, preventing people in need of serious medical attention from getting it.

Attempts to move the needle on ED utilization throughout the country have historically fallen flat (in fact the number of visits per capita increased 24% between 1995 and 2016). The health system’s response to COVID-19 has shown a glimmer of what is possible when there are better-aligned incentives and updated privacy and site of care regulations. There were 42% fewer ED visits in April 2020 vs. April 2019, a major year-over-year decline. There are valid concerns that this decline may be attributed to delayed necessary care, but some studies have suggested that outpatient ED visits for urgent conditions remained relatively stable during the pandemic, while those coded as avoidable and preventable fell considerably. Good news? Partly. On the plus side, ED visits declined. But these analyses did not report what happened to those people who had “preventable or avoidable” conditions—such as acute asthma exacerbations, epigastric pain, or fatigue/weakness—who presumably forwent ED care in 2020. One would hope they received the right level of sub-acute care that was warranted, but were they equipped with the tools to find and access what they did need?

People have shown since March 2020 that they are willing to use alternate care modalities and stay away from the ED when it’s not absolutely necessary. This brave new world of acuity-appropriate healthcare consumption isn’t going anywhere, but we’re only witnessing version 1.0 en masse, where extremes of care have been established: a/synchronous telemedicine on one end, ED on the other. Versions 2.0+ (i) help patients decide when the ED is necessary and (ii) use evidence-based protocols to direct them to the appropriate level of care—anywhere along the spectrum—when it’s not. Companies who have embarked upon v2.0—eg, One Medical, ChenMed, and CareHive—have shown the value of matching the care setting to the clinical need and directing patients to the highest value care, with quality results in all aspects of Institute for Healthcare Improvement’s Triple Aim.

COVID-19 has spurred a revolution in healthcare, sending us on a path toward a system in which people receive the lightest dose of healthcare possible at the most meaningful moment for them. This can only be done at the population level by harnessing the speed, flexibility, and scalability of digital. 85% of Americans have smartphones, 63% of shopping occasions begin online, and Google fields more than 1 billion health-related questions every day—the time is now to scale a digital front door to healthcare. If done well, digital-first, user-friendly care navigation services promise to improve patient health, boost patient satisfaction, bolster bottom lines, and free up EDs for people who really need them. 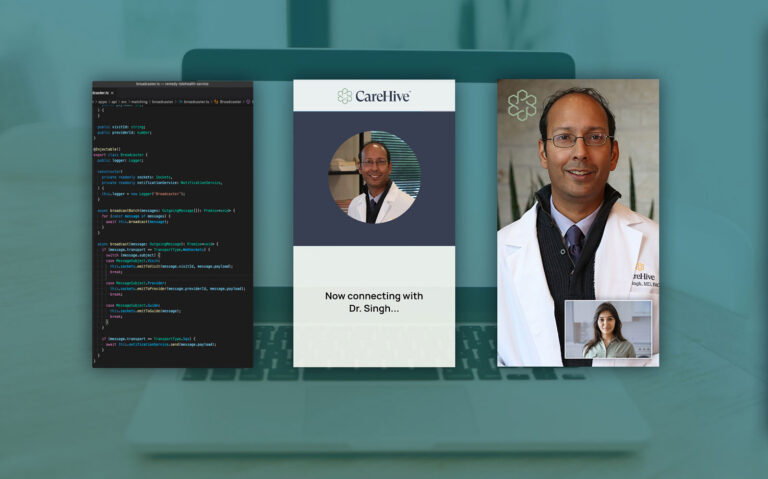 By now, it is a well accepted notion that “every company is now a tech company.” Thinking of technology as a monolithic industry is a vestige of a time when most companies based out of Silicon Valley did, in fact, traffic in silicon. This puts traditionally techno-phobic industries, the most egregious example of which is healthcare, in a unique position. 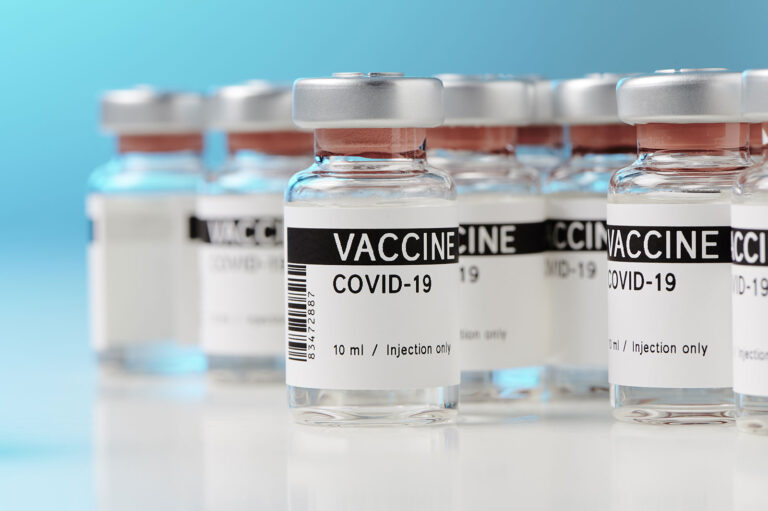 2020: It started out like any other year and ended… well, you all know the story. We’ve been through a lot, haven’t we? First, we had to brush up on what we know about viruses. Then, together we all became microbiologists, as words like “antigen,” “antibody,” and “PCR” became part of casual conversation. 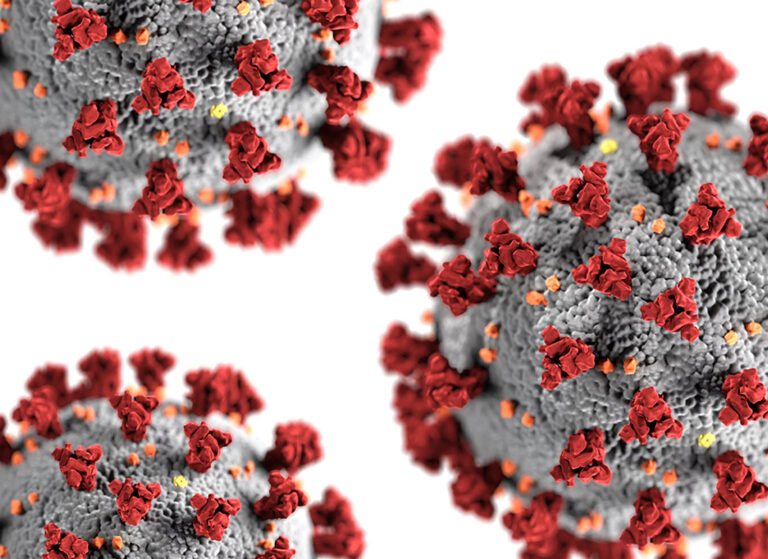 While the United States continues to stay in the grip of COVID-19, more recently there has been much media centered around coronavirus variants emerging in different parts of the world… and now the US. There are reports of different transmission rates, lethality, and vaccine effectiveness with the new strains. Here to answer some questions you may have, from our Medical Director, Dr. Suneet Singh. Texas in February: where the average temperature high is typically in the 60s. Imagine neighborhood streets full of kids playing on scooters and local parks bustling with games of ultimate frisbee. That’s the Texas in February we all know and love. It’s why the snowbirds come in for the season and vacationers wonder why they… 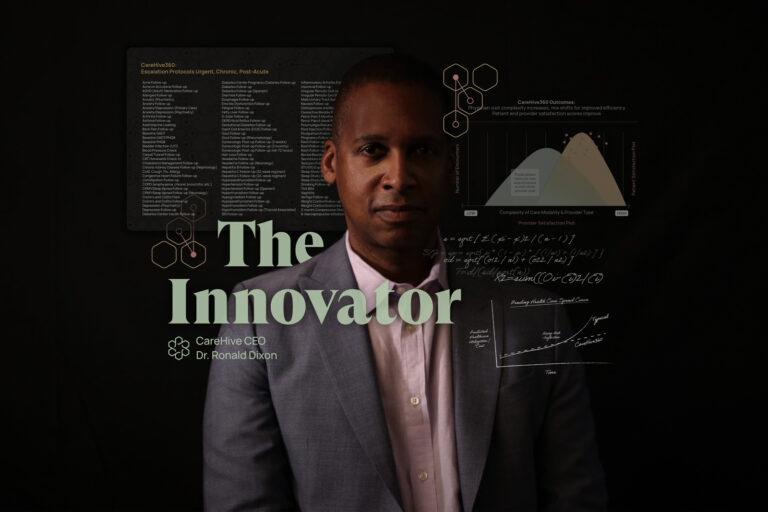 CareHive is an evolutionary story two decades in the making. It is the relentless pursuit of digital healthcare innovation, converging with best-in-class customer experience. At its core, CareHive starts with its visionaries. Dr. Ronald Dixon is a pioneer and innovator in the health tech industry. Throughout his career, he has viewed healthcare with laser focus… 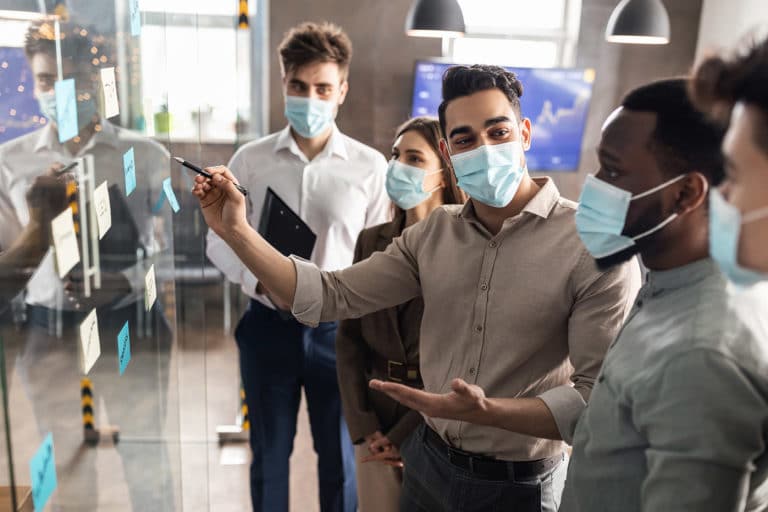 Medical experts say that the COVID-19 vaccination is a critical step to a return to normal. New cases are on the rise nationally, driven by Delta variant, summer socializing, lifting of restrictions and unvaccinated individuals. “While the COVID-19 vaccines are widely available in the U.S., as of July 2021 just 49% of Americans over the…

CareHive provides links to web sites of other organizations in order to provide visitors with certain information. A link does not constitute an endorsement of content, viewpoint, policies, products or services of that web site. Once you link to another web site not maintained by CareHive, you are subject to the terms and conditions of that web site, including but not limited to its privacy policy.

You will be redirected to

Epilepsy Safe Mode
Dampens color and removes blinks
This mode enables people with epilepsy to use the website safely by eliminating the risk of seizures that result from flashing or blinking animations and risky color combinations.
Visually Impaired Mode
Improves website's visuals
This mode adjusts the website for the convenience of users with visual impairments such as Degrading Eyesight, Tunnel Vision, Cataract, Glaucoma, and others.
Cognitive Disability Mode
Helps to focus on specific content
This mode provides different assistive options to help users with cognitive impairments such as Dyslexia, Autism, CVA, and others, to focus on the essential elements of the website more easily.
ADHD Friendly Mode
Reduces distractions and improve focus
This mode helps users with ADHD and Neurodevelopmental disorders to read, browse, and focus on the main website elements more easily while significantly reducing distractions.
Blindness Mode
Allows using the site with your screen-reader
This mode configures the website to be compatible with screen-readers such as JAWS, NVDA, VoiceOver, and TalkBack. A screen-reader is software for blind users that is installed on a computer and smartphone, and websites must be compatible with it.

We firmly believe that the internet should be available and accessible to anyone, and are committed to providing a website that is accessible to the widest possible audience, regardless of circumstance and ability. To fulfill this, we aim to adhere as strictly as possible to the World Wide Web Consortium’s (W3C) Web Content Accessibility Guidelines 2.1 (WCAG 2.1) at the AA level. These guidelines explain how to make web content accessible to people with a wide array of disabilities. Complying with those guidelines helps us ensure that the website is accessible to all people: blind people, people with motor impairments, visual impairment, cognitive disabilities, and more. This website utilizes various technologies that are meant to make it as accessible as possible at all times. We utilize an accessibility interface that allows persons with specific disabilities to adjust the website’s UI (user interface) and design it to their personal needs. Additionally, the website utilizes an AI-based application that runs in the background and optimizes its accessibility level constantly. This application remediates the website’s HTML, adapts Its functionality and behavior for screen-readers used by the blind users, and for keyboard functions used by individuals with motor impairments. If you’ve found a malfunction or have ideas for improvement, we’ll be happy to hear from you. You can reach out to the website’s operators by using the following email

Our website implements the ARIA attributes (Accessible Rich Internet Applications) technique, alongside various different behavioral changes, to ensure blind users visiting with screen-readers are able to read, comprehend, and enjoy the website’s functions. As soon as a user with a screen-reader enters your site, they immediately receive a prompt to enter the Screen-Reader Profile so they can browse and operate your site effectively. Here’s how our website covers some of the most important screen-reader requirements, alongside console screenshots of code examples:

We aim to support the widest array of browsers and assistive technologies as possible, so our users can choose the best fitting tools for them, with as few limitations as possible. Therefore, we have worked very hard to be able to support all major systems that comprise over 95% of the user market share including Google Chrome, Mozilla Firefox, Apple Safari, Opera and Microsoft Edge, JAWS and NVDA (screen readers), both for Windows and for MAC users.

Despite our very best efforts to allow anybody to adjust the website to their needs, there may still be pages or sections that are not fully accessible, are in the process of becoming accessible, or are lacking an adequate technological solution to make them accessible. Still, we are continually improving our accessibility, adding, updating and improving its options and features, and developing and adopting new technologies. All this is meant to reach the optimal level of accessibility, following technological advancements. For any assistance, please reach out to